Summer is officially here and its time to take full advantage of it. The Brooklyn Mirage has established itself as the place to be this season. With incredibly curated events the absolutely breathtaking venue has staked a claim as the premier destination for electronic music in New York City. World-renowned artists have made their way to Brooklyn Mirage already.  Jamie Jones brought his legendary Paradise event to Bushwick, Mexican Art Car Mayan Warrior made its east coast debut at the venue and Seth Troxler and The Martinez Brothers bringing their Tuskegee showcase this Sunday. Now in a change of pace ethereal beatmaker Bonobo will bring his talents to Brooklyn for a must-see show at The Brooklyn Mirage on Sunday, July 1.

Get Your Tickets For This Unforgettable Show Here

Coming off a 2-night sold-out run at the Alexandra Palace in London where tickets sold out six weeks in advance, downtempo savant Bonobo has become one of the most well-respected names in electronic music. Over the last year and a half, Bonobo has been riding high off the release of his sixth studio album, ‘Migration’. The 2017 project, which explored themes of living abroad through shimmering, slow-rolling tracks, went on to receive two GRAMMY nominations and critical acclaim. With releases old and new set to come alive with the help of a 6-piece live band drawing from vocals, keyboards, guitars, strings, drums and more, his July 1 show is one of his last live performances with the band for the year until the next album.

Joining Bonobo is France’s own master of the ‘French Touch’, St Germain. Using numerous worldwide influences to create his sensual signature sound, the secretive composer surprised everyone in 2015 with his self-titled album ‘St Germain’. Comprised of 8 tracks, the LP draws from the rich music of Mali, meticulously mixed production and traditional instruments like the kora. Also joining the bill are New York-based, experimental producer and Ghostly International co-founder Matthew Dear, and rising bass star Daktyl, whose recent release of “Weather” represents a genre-blending new direction for electronic music.

Between the astounding atmosphere and top of the line production, The Brooklyn Mirage presents the ideal landing pad for this special one off evening of live electronic performance. The tropical ambience of the venue is brought to life by lush palm trees and stunning NYC skyline views, while 3D video projection mapping, a KV2 sound system and stellar lighting create a truly immersive experience to wow the senses. 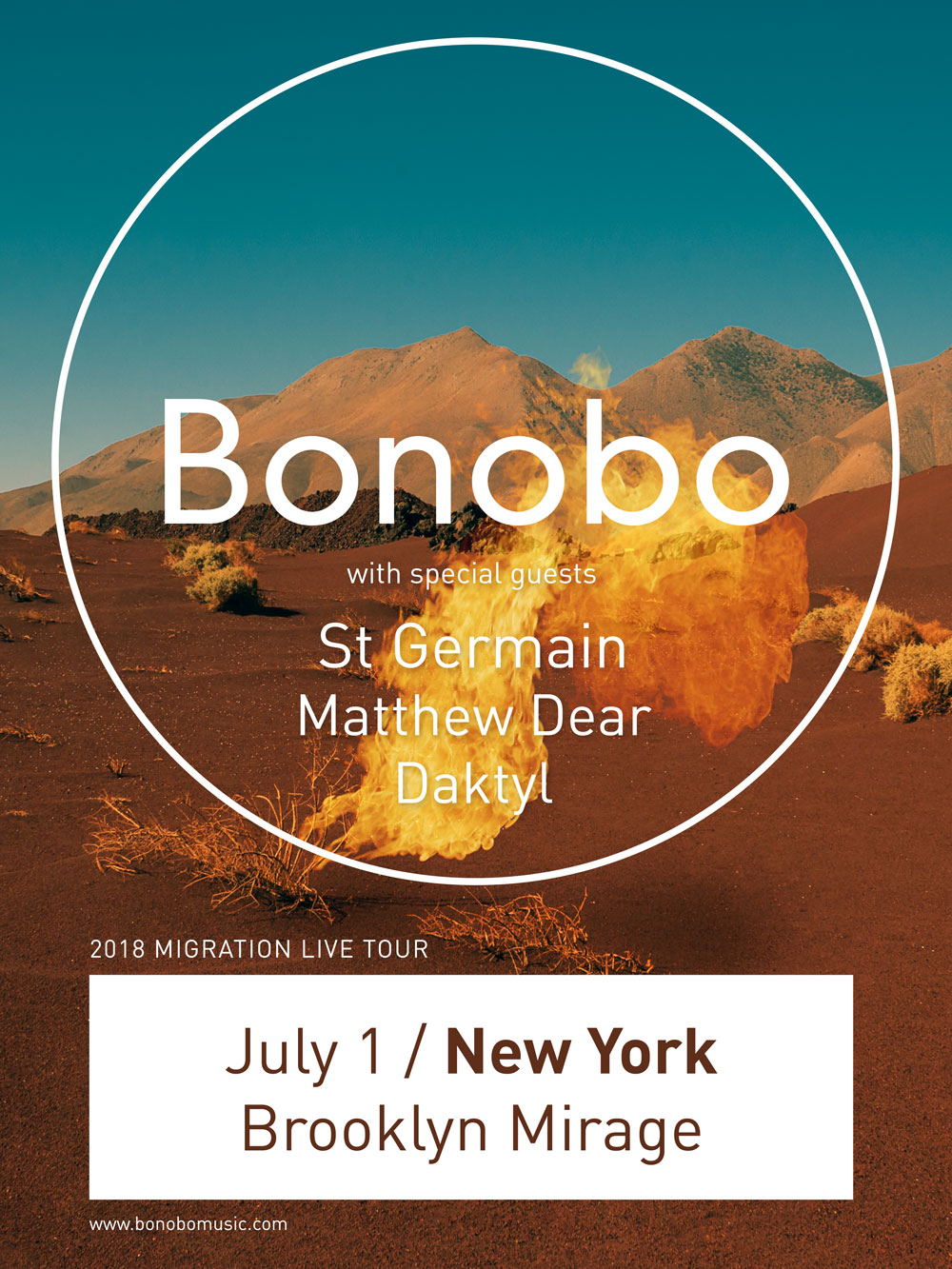