On Saturday night the luxuriously upscale venue Tribca Studios welcomed a powerhouse trio of talented DJs for a sexy night of new age dance. San Francisco’s very own Giraffage teamed up with his New York based amigo Branchez to headline the night’s festivities while hometown hero Tanner Caldwell joined them with a seriously impressive supporting performance. The ritzy Tribeca venue was full of trendy revelers who perfectly fit in with the hotel’s sophisticated decor and sultry tone of the night’s music. Tanner Caldwell got things started with a jaw dropping opening set. I’ve heard in the past that this New York based DJ is notorious for throwing down awesome  opening performances that set the bar ridiculously high for the headlining acts, and that was definitely true on Saturday night. Tanner put together  what felt like a very Disclosure-esque mix which had everyone up and grooving on the dance floor. During his set Tanner courageously ventured from genre to genre incorporating an extensive array of musical styles. Tanner threw down everything from, disco to trap to deep house, constantly keeping everyone moving with adventurous song selections. By mixing popular song samples like, Slim Thug’s “Still Tippin,””Yeah” by Usher, R. Kelly’s “Bump & Grind,” Ginuwine’s “Ride My Pony” and “Weak In The Knees” by SWV, with contemporary house and trip-hop beats Tanner was able to create a uniquely retro atmosphere that had everyone enjoying the nostalgic and sexy mood. Tanner kept the crowd guessing by turning up the intensity towards the end of his set, dropping Breach’s deep house gem “Jack” along with other surprising tunes like remixes of Juvenile’s “Back That Ass Up,” Kendrick Lammar’s “Swimming Pools,” “Suavmente” by Elvis Crespo  and “Rhythm Of The Night” by Corona. Tanner’s wildly diverse performance and his intriguing selection of R&B and Hip-Hop tracks had the party at full tilt by the time he stepped out from behind the decks. 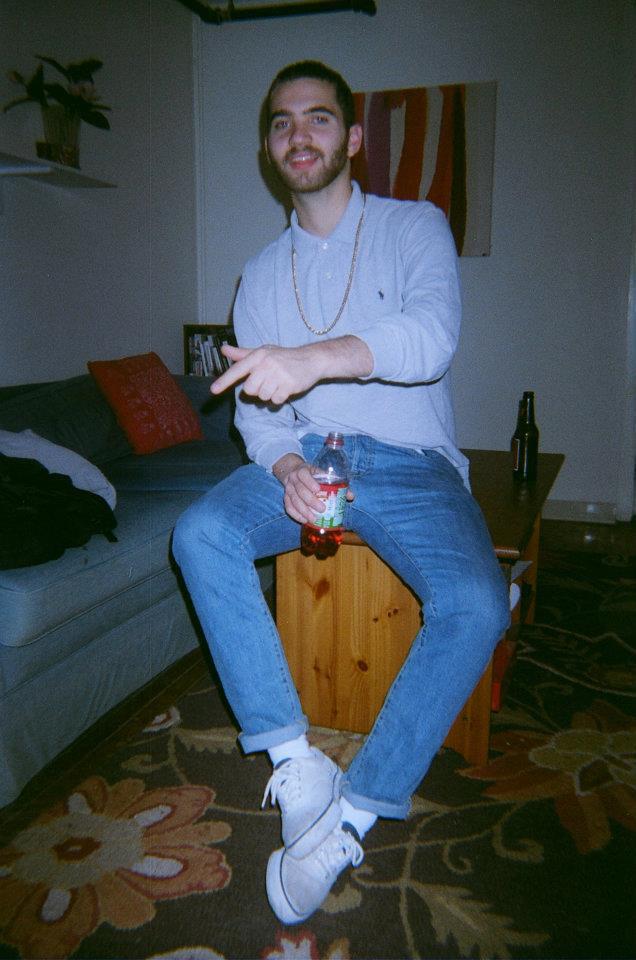 Branchez had quite the act to follow but the New York native dove into his performance with blistering energy and  a whole lot of angst. Opening with a heavy bass driven remix of “Shabba Ranks” by A$AP Ferg, Branchez let everyone know immediately that he was taking no prisoners on Saturday night. Branchez showcased his mastery of trap and bass music by scorching the audience with intricate hi-hats and heinously complex drum patterns. His innovative use of  steamy vocal samples gave his performance a playful duality, sliding between heavy bass laden drops  and airy vocally driven builds.  Branchez filled the Tribeca Studios with a sensational blend of hip-hop, garage, trap and house that really showed off his bravado as a producer and technical skill as a DJ. Branchez proved to me that he isn’t your ordinary purveyor of trap-style beats by infusing sections of his performance with unmistakable disco and two-step elements. Some of Branchez most scintillating moments included him dropping “Streamers” by Wave Racer, “Wickedest Slam” by Beenie Man and an absolutely vicious mix of “Hard In the Paint” by Waka Flocka Flame and “Goooo” by TNGHT. Branchez closed out his tremendous performance with his hugely popular remix of Rihanna’s “Stay.”

Giraffage took the stage in front of a packed house, and wasted no time diving right into his trademark trippy  sample-driven tunes.  The crowd inside the Tribeca Grand Hotel was captivated by Giraffage’s silky transitions and on-point song selection. His set seemed to ebb and flow with a pulsating energy that filled every nook and cranny of the lavishly furnished downtown space. Giraffage’s spellbinding melodies resonated deeply with every wide eyed fan getting down on the dance floor. Keeping with the sensual motif of the night, Giraffage unleashed a slew of uplifting R&B songs that were masterfully remixed in his playful new aged style. Some of my favorite gems from his headlining set included “Pvrple Forest” by Ganz, soulful remixes of The Dream’s “Falsetto” and “Shawty Is A Ten,” and Giraffage’s incredible original track “Music Sounds Better With You.” To end his set on a highly sexy note Giraffage polished off his mix with his sultry remix of Janet Jackson’s “Someone To Call My Lover.”