Like this:
On Sunday, June 24 three massive forces of the dance music world will converge. Award-winning nightclub OUTPUT will reignite its popular off-site series OUTPOST at The Brooklyn Mirage, as together they host one of the world’s biggest labels and party brands Tuskegee for its annual summer New York event. With these three influential imprints combining their extensive pedigrees, there is no doubt this is one of the most anticipated events of the summer.

Grab Tickets For Tuskegee June 24 While You Still Can!

Taking over the sprawling outdoor oasis from 4pm-12am, the highly-anticipated event will see label founders Seth Troxler and The Martinez Brothers go back-to-back all night long in what is without a doubt going to be a summer standout for house and techno lovers in The Big Apple.

Tuskegee is a true example of underground innovation coming to fruition. The brainchild of underground house phenoms Seth Troxler and The Martinez Brothers, the label was formed in 2014 in order to set the record straight about who and where house and techno originally came from. By providing a major platform for black, Latin and minority electronic dance music artists, Tuskeegee is ensuring that the cultural heritage of house music is preserved and promoted. Industry heavyweights and newcomers including Omar-S, William Djoko, Filsonik and more exceptionally talented artists of color have all made major releases on the groundbreaking label. 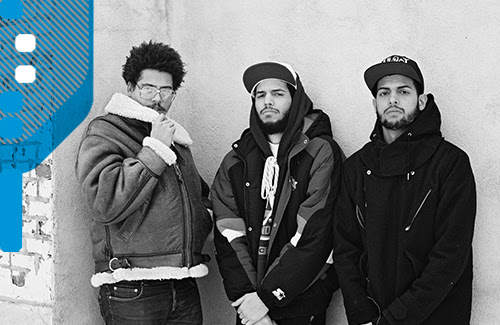 Voted as Resident Advisor’s number one DJ in their ‘Top 100 DJ’ polls in 2013, Seth Troxler has established himself as one of the underground’s most influential and forward-thinking DJs, producers and label owners. Emerging as a teenager out of Detroit, Seth Troxler has become an incredibly outspoken tastemaker with releases on some of the industry’s leading labels including Crosstown Rebels, Spectral, Wagon Repair, and Wolf + Lamb Records not to mention his own three imprints Tuskegee, Soft Touch and Play It Say It.

As two of New York’s best venues join forces, fans can look forward to an evening filled with exceptional music, state of the art stellar KV2 audio sound, and top of the line video-projection mapping and lighting. Set against the backdrop of the Manhattan skyline in the industrial oasis of The Brooklyn Mirage boasting towering palm trees, sleek lounge spaces and sweeping views, this is a rare opportunity to catch two of house music’s most important contemporary acts throw down in a city with a rich history and close connection to where dance music all began.

Grab Tickets For Tuskegee June 24 While You Still Can!