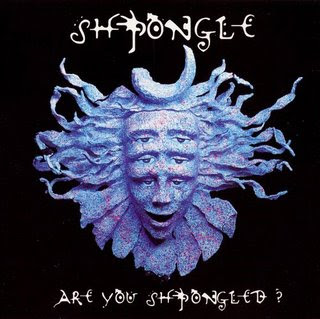 Shpongle is a psychedelic downtempo/psybient music project formed in 1996 in England. Since then, Simon Posford (Hallucinogen) and Raja Ram (The Infinity Project) have collaborated with artists from all over the world to create the ultimate live PsyTrance band. Their music combines Eastern ethnic instruments and voices with contemporary Western synthesize-based psychedelic music. The sounds of Shpongle are heavily influenced by psychedelic experiences and experimentation. Once, while traveling in India, both Posford and Raja Ram watched a solar eclipse and transcribed what they had experienced into a song, the result being “…And the Day Turned Into Night.” I feel like this was just the beginning to what continues to be a bright future for the band. The band’s passion helps listeners follow a path to self-discovery. The band is said to be releasing a fifth album in 2012.

Being a world-renowned group, Shpongle has appeared in such far-flung places as Russia, Australia, Israel, and England. Most recently they made the U.S. debut at Camp Bisco (A three-day music festival hosted by electronica pioneers, The Disco Biscuits, near Albany, NY). Although Simon Posford has performed as a DJ around the world more regularly (Electric Forest, Wakarusa, Coachella and Bonnaroo), the full ensemble has only reunited for 10 events over the past 8 years.

On their own, the psychedelic sounds are enough to take anyone away, but the band is also known for its impressive visual production. Look towards the stage to see a kaleidoscope of vibrant colors, psychedelic visualizer displays, fire breathers and samba dances. Honestly, who knows what they have in store. It’s unlike any circus you’ve ever been to.

For those of you who were lucky enough to catch their set at Camp Bisco X, you can attest to how extraordinary it was. I’m not going to lie, at first I was baffled to see that Shpongle wasn’t given a night set time. Considering they are known for the visualizations that accompany their trippy melodies, I was hoping for the whole experience and was prepared to enter Shpongleland. Let me tell you, though, they brought it, and they brought the storm too. When Posford stepped on stage, the first thing he said was: “Lets pray to the weather gods for some exciting weather.” Right then and there, the rain picked up and the sky lit up with bolts of lightning.

As the second day of Camp Bisco was just starting, the sun began to set and the clouds rolled in .The band started off their show with the song “Divine Moments of Truth” from their first album, Are you shpongled? Instantly the sense of purpose began to crawl through the crowd, as each person got lost in the music. As the set progressed, so did the storm that the band had brought on. Everyone that braved the torrential downpours and violent crashes of thunder and lightning storm knows that a night set was not necessary. Raja Ram once said, “Shpongle is an umbrella term for feeling positive and euphoric emotions.” This was the most spiritual concert I have ever attended and by far one of the best sets of the weekend. Check out the video below.

This year Simon Posford, Raja Ram and their diverse ensemble brings a new name to Halloween; “Shpongleween”. On October 28 and 29, 2011 Shpongle returns to the United States with a second live performance in the country. For those of you who are in the New York City and Oakland, California areas this show is a must. On Friday October 28, Shpongle will be opening the doors at Hammerstein Ballroom for all you psychedelic music lovers, and at the Fox Theater in Oakland on October 29.

Honestly, what better way is there to celebrate the holiday than a trip to Shpongleland?
Edited by: Mikalena Kenyon

Binghamtronica Presented by Oxfam & HeadCount
Come get down to 6+ HOURS of some of the freshest electronic acts that the north east has to offer. Tickets are $20, there is reentry as well as an ...
READ MORE