Summer may be over but the party never stops in Brooklyn. As the crisp autumn winds begin to blow we take the festivites indoors to the spellbinding playground of Avant Gardner. Returning for one of the biggest nights of the year, renowned event curators The Cityfox Experience will present their second edition of The Cityfox Halloween Festival over Halloween weekend on Saturday, October 26.

Grab Your Tickets To The Cityfox Halloween Festival

Transforming two city blocks into eight interactive rooms with five stages of music across the entirety of the Avant Gardner complex and more, attendees can look forward to exploring a sprawling haunted indoor playground with chill-out lounges, interactive environments, a spooky vendor shop and thrilling DJ and live sets from Art Department, Bedouin, Behrouz, DJ Hell, Giorgia Angiuli, Lee Burridge, Monolink, Rodriguez Jr. and many more. As one of Avant Gardner’s and The Cityfox Experience’s most expansive and immersive events each year, The Cityfox Halloween Festival will arrive this October with more acts and stages than ever before as hordes of ghoulish fans storm the dancefloors for New York’s biggest Halloween underground dance music festivity. 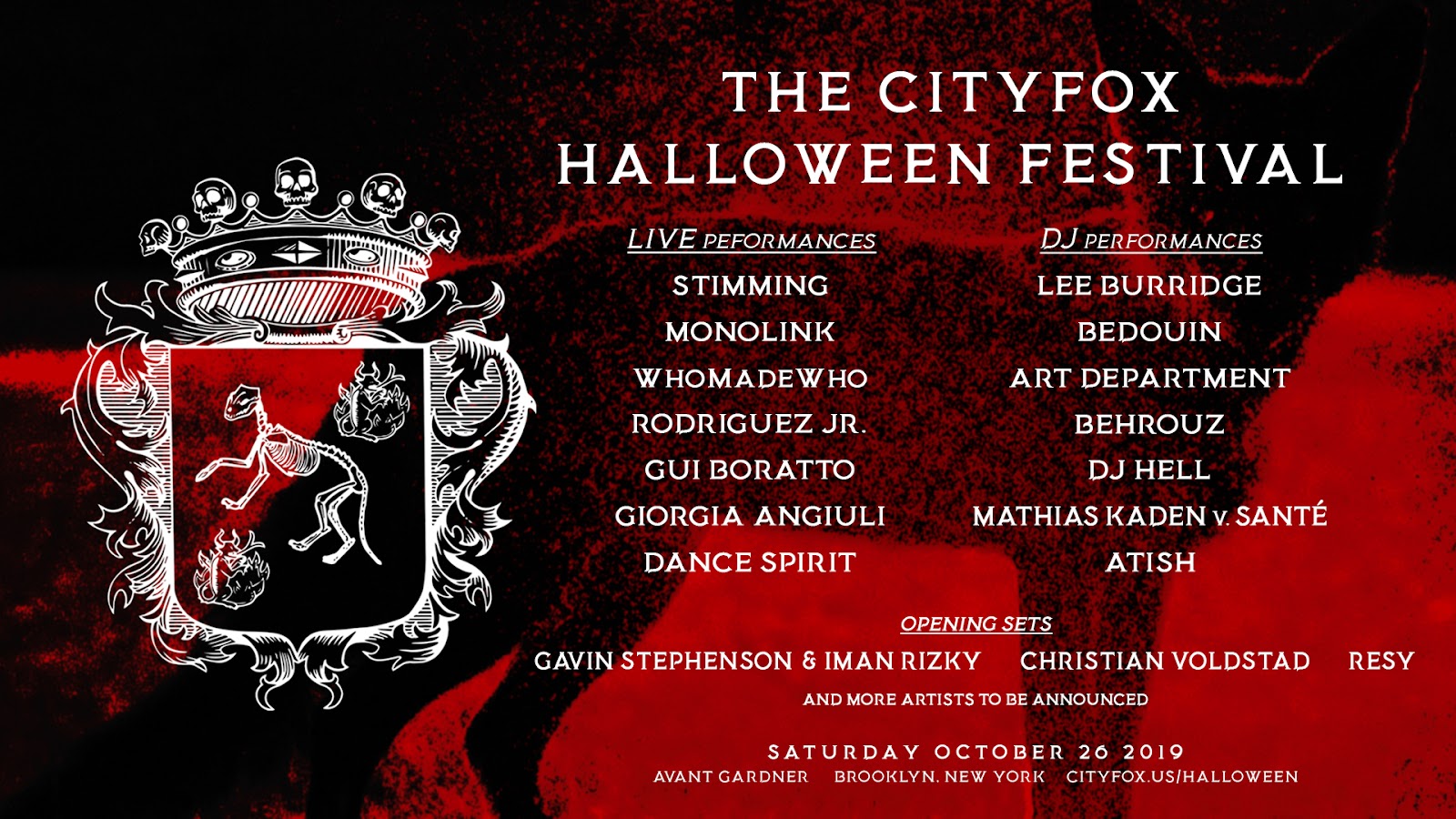 After mesmerizing performances at The Cityfox Halloween Festival 2018, All Day I Dream’s Lee Burridge, who released his collaborative debut album Melt with Lost Desert this past summer, and native Brooklyn duo Bedouin, founders of hotly-tipped Ibiza event series SAGA, lead the night’s DJ performances with their hypnotizing melodic house sounds. Following recent releases on Cuttin’ Headz and Kwench Records, No.19 co-founder Art Department also returns to deliver another driving set along with deep house ambassador and Do Not Sit On The Furniture founder and curator Behrouz. Making his Avant Gardner debut, renowned German selector DJ Hell also brings his blend of house and techno to Brooklyn while Mathis Kaden back-to-back Santé and Manjumasi label head Atish round out the DJ performances.